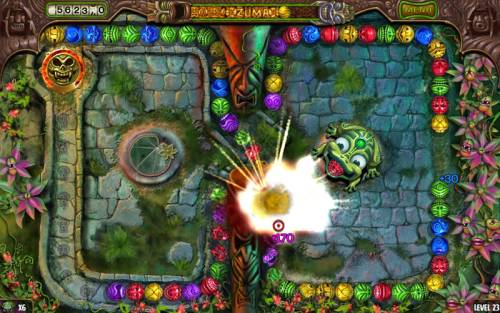 For all those who have spent hours relaxing with the game Zuma, the new version of the game, Zuma’s Revenge , is a sequel to the game.

The new Zuma title brings about 60 levels, in four modes of play:

The graphics in the game are naturally improved, as well as the game itself, due to varied innovations.

You can read more about the game on the official website of the game, from where you can download the game: