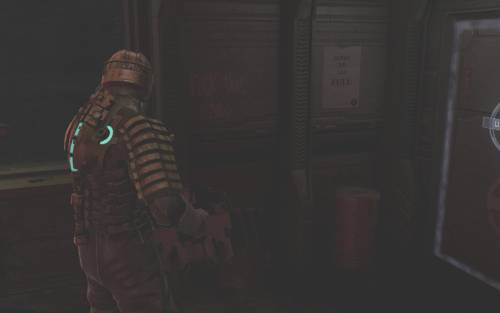 Here I have just turned the game so that I can write something about it, I turned it on with cheats (ie the coach), since I was left without ammunition at one level.

The game takes place at the space station, which performs some excavations near a planet, in the first 11 levels, and the last 12 levels are on the planet itself. However, something discovered on the planet, some scientists found something, and it caused the creation of some mutants, which you are fighting during the game.

The game is not in the essence of a hard core shooters, but there are some pranks, riddles, but they are very free.

In addition to 6-7 types of weapons, the main character also has some special powers, which are to counter the movement of the enemy, so that they can be easily drowned, which is also used to slow down the door closure and similar during the game. There is also the movement and capture of the object by telekinesis, i.e. without contact with the object.

What I like in the game itself is a map, on the map itself is marked where you need to move to complete a task, and by pressing the B button during the game, a blue line appears, during the game, which also indicates the path, there is no more desperate walk through the corridors to find the goal, which knows that it irritates me in some games when I simply get lost and I do not know where to go.

Enemies … it’s easiest to kill them by essentially tearing off parts of your body, arm or leg. So, the game is pretty bloody and is not meant for younger ages, it’s too brutal.

During the game, you collect some Power Node objects for which you can upgrade weapons, so they become stronger, quicker ammunition, or have greater ammunition capacity. Also, during the game you also find ‘shops’ where you can sell unnecessary things, or buy everything you need, ammunition and first aid. And, in the course of the game, you find schemes where you can unlock new weapons, protective clothing, and new objects in stores, which you can then buy.

Otherwise, it’s played from the other person, it means watching the main character from the back.

The screen is transparent and clean during play, i.e. besides the game there is nothing shown. The main character’s life energy is displayed on the back of the character, and the remaining ammunition in the weapon you see on the weapon itself when targeting the enemy.

Basically, the game is not bad, the graphics are great, but it’s fun for just a couple of days.

When you first play the game at a normal weight level, the fourth level of difficulty is disabled – and as a reward you get a protective suit level of 6, 50,000 credits, as well as a 10 power note facility.